You are using a web browser that may not support the design features on this site.

For the best experience, please switch to another browser. We recommend Chrome or Firefox.

Patients often worry about root canal therapy because it has a reputation for being a very painful procedure as well as one that is expensive and often ends up failing. In a consumer survey conducted by the American Association of Endodontists (AAE), almost half of all the respondents perceived that excruciating pain was a part of root canal treatment. 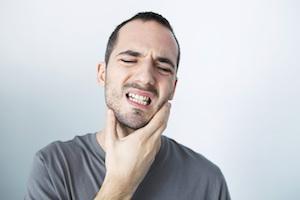 Patients aren’t just saving money by choosing to save their teeth through root canal therapy; they are also reducing time spent in the dental chair since root canal therapy usually can be completed in one appointment.

Dr. Olvera will individually assess each case in regard to the probability of success of root canal therapy.

What Is a Root Canal?

Root canal therapy removes delicate tissue containing blood vessels and nerves, often called the pulp tissue, from the canal space(s) in a tooth. The canal space is thoroughly cleaned out, disinfected, and filled with a special filling material.

Most root canals can be completed in one appointment; however, there are times when a second appointment is indicated.

What Can You Expect After Your Root Canal?

Your tooth may feel sensitive for the first few days after root canal therapy, especially if there was pain or infection prior to the appointment. Usually, over-the-counter or prescription medications provide relief following your root canal.

To give your newly root-canal-treated tooth the best chance for success, your tooth should be properly restored, and we will discuss your best restorative options with you.

Do You Have a Toothache?

Please call us today to schedule your appointment with Dr. Olvera at Dental Dimensions in St. Petersburg, Florida. We will help you get back on track with a healthy, comfortable smile.

Thanks - We received your message and someone from our office will be contacting you shortly.

Like us on FacebookWatch our Youtube VideosLeave a Google ReviewVisit us on Yelp
If you have difficulty using our website, please email us or call us at (727) 384-3535
View the ADA Accessibility Statement
Turn on ADA Views
Contact Us Today
Give Us A Call
Dental Dimensions - (727) 384-3535
Send Us an Email
Expanded Details View
This Patient's Experience
Loading Testimonial...
Loading Case...